JFCS is partnered with one of the world’s foremost biotechnology companies, Genzyme,
to raise awareness for all Jewish genetic diseases.

Approximately one in four people in the Ashkenazi Jewish population is a carrier of a Jewish genetic disease. If two carriers of the same condition have children together, there is a 25% chance with each pregnancy that their child will be born with the disease. There are more than a dozen inherited diseases that are common in the Jewish population. Some, such as Tay-Sachs disease, Dysautonomia, and Canavan disease, can lead to the early death of a child, while others such as Gaucher disease can be treated so the individual can lead a normal life. Early detection is key. JFCS, together with Genzyme, is committed to educating and informing the community about Jewish genetic diseases and disorders. 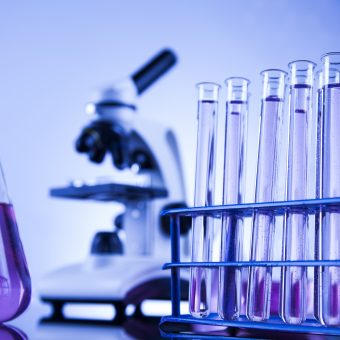 What Are the Disorders?

The following are descriptions of the 11 most common diseases, in order of carrier frequency, courtesy of Genzyme.

Gaucher disease is an inherited disorder in which a fatty substance builds up in the body, especially in the spleen, liver, and bone marrow, and secondarily in the lungs, kidneys, and intestines.  Children or adults may have bruising, fatigue, anemia, nosebleeds, fractures, and enlargement of the liver and spleen.  Treatment options are available for Type 1 Gaucher disease.

Tay-Sachs disease is the best-known Jewish genetic disorder and is caused by a deficiency of an enzyme called hexosaminidase A (or hex A).  Lack of this enzyme affects the brain and the nervous system, causing rapid and progressive deterioration, with death usually occurring by the age of 6.  Babies with Tay-Sachs disease begin to lose developmental skills at 3 to 6 months of age.

FD is a nervous system disorder that commonly includes pain insensitivity, vomiting and sweating episodes, inability to produce overflow of tears, and unstable blood pressure or temperature.  Intelligence is often normal, but learning disabilities are common.  Symptom management improves quality of life, but only 50% will reach 30 years of age.

Canavan disease is a rare and devastating childhood nervous system disorder.  Canavan affects the formation of myelin, or white matter of the brain.  Symptoms usually occur within the first few months of life and the disease is fatal in early childhood.

GSD 1a is a disorder that, if untreated, results in severely low blood sugar, enlarged liver, growth retardation, and bleeding disorders.  Treatment consists of strict diet and continuous tube feeding of glucose (sugar).

Niemann-Pick disease type A is a severe brain and spinal cord disorder in infants.  Affected babies experience feeding difficulty, recurrent vomiting, and enlargement of the spleen and liver, which causes the abdomen to appear distended by 6 months of age.  There is currently no treatment, and death occurs by 4 years of age.

Bloom’s Syndrome is a disorder characterized by poor growth, sun sensitivity, and high susceptibility to cancer.  Death from cancer usually occurs before 30 years of age.  Intelligence is normal.  There is currently no treatment.

ML4 is a disorder characterized by severe neurological and eye abnormalities.  It usually appears within the first year of life and affected individuals reach the development age of 1 to 2 years.  There is currently no treatment.

The following information is courtesy of Genzyme.

How are genetic disorders passed from one generation to the next?

What is a carrier?

A carrier is a person who has one normal copy of a gene and one defective copy.  Having one normal gene is enough to prevent the disorder.  Therefore, a carrier of a genetic disorder does not have any symptoms of the disorder.

What if only one partner in a couple is Jewish?

If only one partner in a couple is Jewish, it is usual to test that person first.  If he or she is found to be a carrier of one of these disorders, the non-Jewish partner could then be tested.  However, if a pregnancy is already underway, it may be better to test both partners at the same time.

Are there prenatal tests for these disorders?

Yes.  If both parents are carriers of the same disorder gene, a prenatal diagnosis can be performed to determine whether or or not the fetus is affected.

Protect Your Loves Ones

You have the power to make an informed decision regarding having a child who could have a potentially serious genetic disorder.